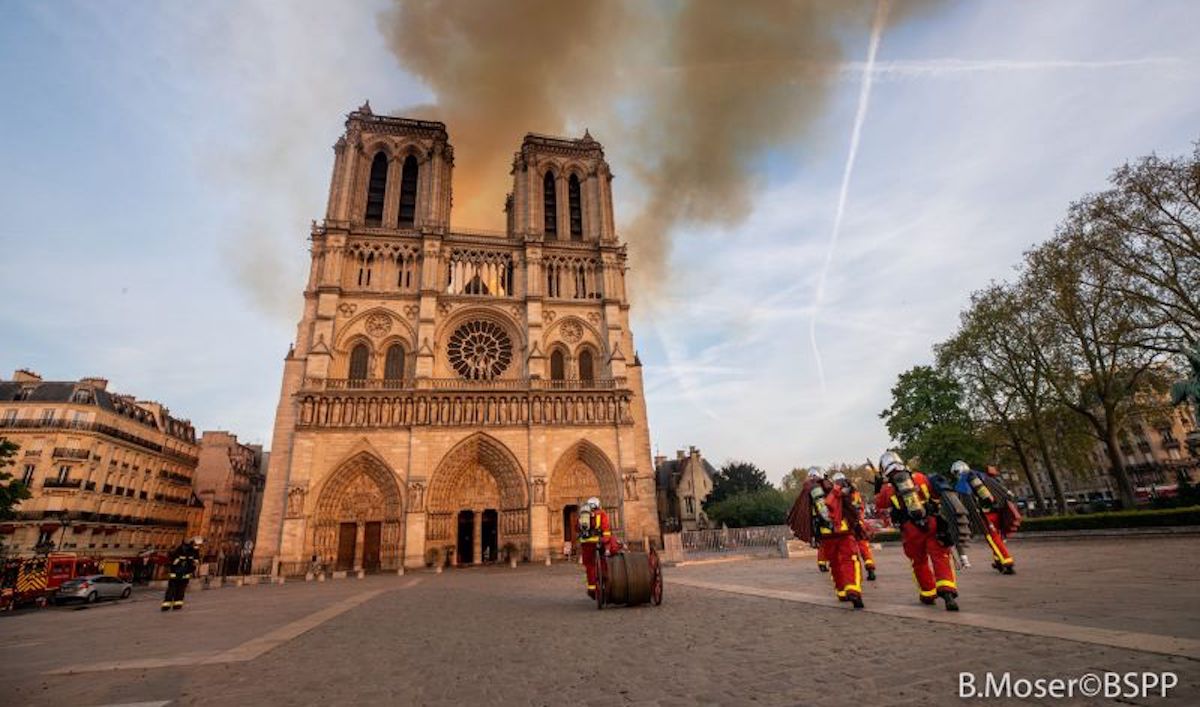 A massive blaze hit the Notre-Dame Cathedral of Paris. While the ashes are still-smouldering, but the fire is contained, it is not too soon to learn lessons from it. And to state that nothing will ever be the same.

Cyber risk and climate change are driving the headlines – including ours, but Fire remains the hazard number one: for companies, heritage and public. We shall not forget it.

24 hectares of forest were needed to build the wooden framework of the roof of the edifice. In less than 3 hours, two-third was consumed.

Fire destroys… Nothing can be spared. Even if flames and heat don’t set at naught the building, smoke is doing it. Then, fire extinction water finishes off smoking rubble.

2. It is possible to save heritage and cultural works

Although damages are substantial, it is always possible to save heritage and cultural works by a meticulous organization. Firefighters from the permanent presence of firefighters of Le Louvre Museum were seen giving support. See lesson 8.

According to conditions gathered on the field, it was a complete success.

3. There is no right time for a fire

No one knows the future. Yesterday (the 25 of April), the ‘great presidential mass’ should have been taking place on TV. It is another kind of performance, tragical, that was carried out in front of helpless bystanders. There is no right time for fires but, they always happen at the wrong time: at 6:50 PM, during traffic jam in full swing in Paris… And they always happen at the wrong place: confined area, limited place, on the roof, during a restauration works. The site was close to the river, it was an advantage for the water supply. However, the wind was strongly blowing towards and along the towers – which was unfavourable.